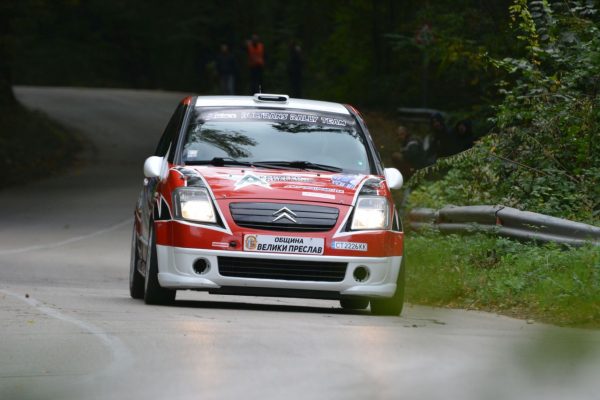 Tihomir Stratiev and Dobrin Borisov (Peugeot 208 R2) won the SS10 of the rally „Bulgaria” 2018. The crew of „Marina Motorsport” team overtake Hristo Atanasov and Marin Ivanov (Sitroen C2 R2) with 6 seconds. Now the difference between them its only 3 seconds and there is a serious intrigue who will take home the “silver medal”.

Stratiev will chase victory in the final stage, but the same will make the leaders in the rally – Miroslav Angelov and Edi Sivov (Skoda Fabia R5). The crew of “Megaport” have a big advance of almost six minutes ahead of the other competitors, but SS11 – “Vinnitsa 2” is the power stage and brings extra points for the national championship of the fastest 5 crews.